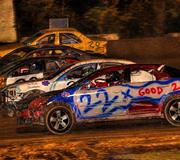 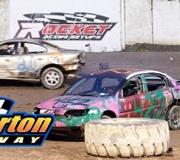 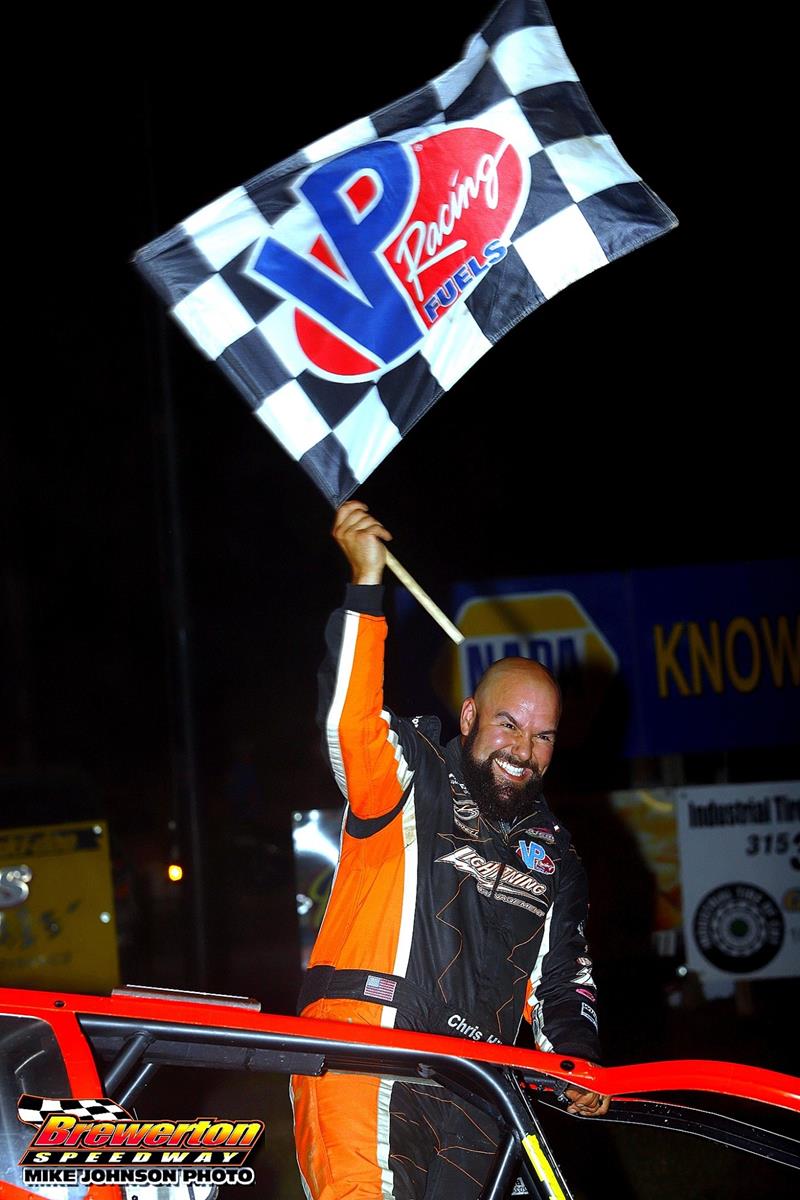 BREWERTON, NY – (August 19, 2022)- Everyone in attendance Friday night at the Brewerton Speedway witnessed what can go down as the Tracey Road DIRTcar Big Block Modified race of the year.

Chris Hile and Jackson Gill raced side-by-side lap after lap in the second half of the 35-Lap feature with traffic being the deciding factor over the last five-laps with Hile going to victory lane for the third time this season.

The feature was so hotly contested that Jackson Gill parked his car in victory lane to congratulate Hile on his win. In victory lane Hile commented how fun the race was racing that close and never touching.

Hile came into the night two-points behind Larry Wight in the chase for the track championship. With only two-point races left, Hile has a twelve-point lead over Wight and forty-two ahead of Tim Sears Jr. coming into Friday August 26.

Ben Bushaw and Andrew Ferguson brought the 26-car Modified field down to the green, with Bushaw grabbing the early advantage and opening a ten car-length advantage by lap-five. Ferguson in a small block, Jeff Taylor, Chad Phelps, and Nick Krause also in a small block raced in the top-five.

With ten laps showing on the scoring tower, Bushaw still led but saw his lead get smaller as Ferguson, Taylor closed the gap just before a yellow when fourth place running Chad Phelps suddenly slowed.

Jackson Gill took advantage of a caution and restart on lap thirteen when he would blast from fourth to the lead when the green came back out. One lap later, Hile who was running the bottom to perfection would go from fifth to the runner-up spot.

From lap twenty on, Gill on the top groove and Hile on the bottom put on a show for the fans racing side-by-side. Even when Hile took the lead, Gill fought back as the pair continued to run side by side, with the winner in doubt until a handful of laps to go.

Over the final five laps, the combination of Hile getting great drive off the bottom and traffic allowed the Lightning Management #5H to drive away for his third win of the year. Jackson Gill had his best big block modified finish in second, followed by Tim Sears Jr., Tom Sears Jr, and Jimmy Phelps to complete the top five.

Tony Finch II took the lead at the start of the 25-Lap Sportsman feature and would hold a ten-car length advantage by lap 10 as Alan Fink, Riley Rogala, Richard Murtaugh, and Ryan Dolbear race for second through fifth.

Finch would see his 1.2 second lead go away on a lap 13 caution. Fink would take advantage of the caution as he would drive into the lead on the restart.

Once out-front, Alan Fink would outrun Richard Murtaugh to the checkers for his third win of the season. Tony Finch II, Zach Sobotka, and Amy Holland finished third through fifth.

Just two laps into the 20-Lap Mod Lite feature, Zack Babcock took a hard series of flips down the front straight. All the driver safety equipment and the safety built into the car allowed Babcock to walk away.

Justin Williams and Joe Isaball would put on a tight battle for the lead until lap thirteen, when Isabell saw the opening he needed to drive under and by Williams. Once out-front, Isabell drove away from the field for his fifth win of the season. Justin Williams, point leader Mike Mullen, Tucker Halliday, and Tom Mackey completed the top five.

Any questions you might have and for marketing opportunities, please contact Cory Reed at (315) 668-6906 or cory@brewertonspeedway.com. For all the latest news go to www.brewertonspeedway.com powered by My Race Pass, and like the speedway social media pages.