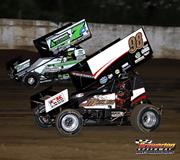 5/24/2022
BREWERTON, NY – (May 25, 2022) – As we remember those who gave the ultimate sacrifice, so we can enjoy the sport we love, kick off your Memorial Day Weekend at the Brewerton Speedway for clay slinging, horsepower, and side by side racing speed this Friday, May 27. Racing...more 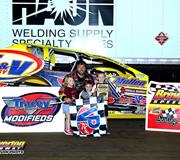 5/21/2022
BREWERTON, NY – (May 20, 2022) – Tim Sears Jr. made it known Friday night at the Brewerton Speedway that he is a serious contender for the Tracey Road Equipment DIRTcar Big Block Modified track championship as he cruised to his second straight win on Haun Welding Supply...more 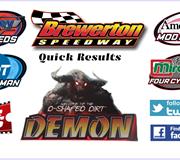 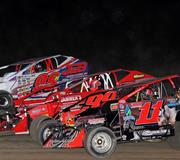 Fun Family Racing Entertainment Continues This Friday, May 20 at...

5/18/2022
BREWERTON, NY - (May 18, 2022) - The fastest family affordable fun in Central New York continues this Friday, May 20 when Haun Welding Supply presents a night of high-speed racing at the Brewerton Speedway. Racing on the ‘D-Shaped Dirt Demon’ will feature the Tracey Road...more 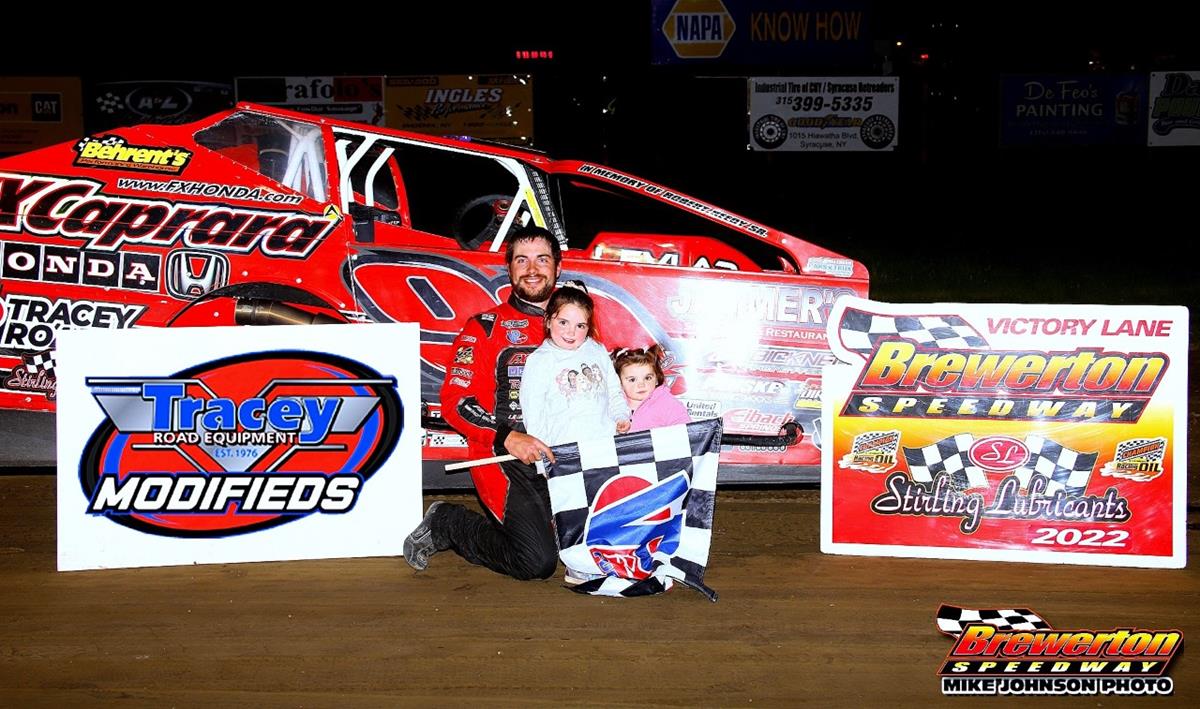 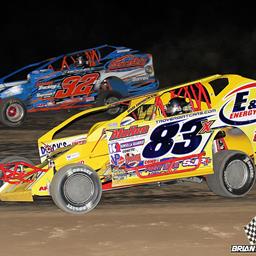 BREWERTON, NY (May 6, 2022) – The 2022 racing season kicked off in a big way Friday night at the Brewerton Speedway. Fans were entertained with a great field of cars, a fast-racing surface and popular racers went to victory lane.

Chris Hile and Larry Wight would bring the Tracey Road Equipment DIRTcar Big Block Modified feature down to the green with Wight grabbing the early advantage in the 35-Lap main.

By lap 5 Wight and Hile were in a two-car breakaway at the front of the filed as Tom Sears Jr., big block rookie Zach Payne, and Tim Sears Jr. were in a close race in the top-five.

With ten laps complete Wight and Hile put a straightaway between themselves and the rest of the field as they raced each other while putting cars down a lap in the early going.

A yellow on lap 13 erased the lead Wight and Hile had on the rest of the field before the race went back green.

Wight was able to put about ten car lengths between himself and the tight battle behind him between Hile, Tim Sears Jr., and Max McLaughlin with fifteen laps in the record books.

With ten laps remaining Wight was on rails opening an over two-second lead as the final laps started to click off. Hile still raced a strong second place with McLaughlin closing in. Defending track champion Jimmy Phelps and Sears were still in contention.

Over the remaining laps there was no stopping Larry Wight as the Phoenix, NY racer cruised to victory lane. Second through fifth put on an entertaining race to the checkers with Chris Hile, Max McLaughlin, Jimmy Phelps, and Tim Sears Jr. finishing second through fifth.

A fast field of DOT Foods DIRTcar Sportsman were in the pits ready to battle in the qualifying heats and 25-Lap feature.

In the feature Richard Murtaugh would lead the opening lap before Brandon Carvey would blast into the lead using the top of the speedway on a restart.

By lap 5 Carvey would hold a slim five-car advantage over Murtaugh, Dale Caswell, Amy Holland, and Mike Button who were locked in a tight fight for second through fifth.

With ten laps in the record books Carvey started to lengthen his lead as Murtaugh, Caswell, Holland, Button, and defending track champion Zach Sobotka who started 17th raced in close quarters for position.

With ten laps to go Carvey was putting on a show out-front as he bolted to a full straightaway lead as Murtaugh, Caswell and Holland raced bumper to bumper and side by side as the final laps started to click off to the finish.

Over the final laps and no yellows to slow the field there was no stopping Brandon Carvey as he won by over two-seconds at the checkers. Richard Murtaugh, Amy Holland, Dale Caswell, and Zach Sobotka completed the top-five.

Doug Williams made a statement in the AmeriCU Mod Lites that he will be a contender for wins and the championship in 2022. In the feature Williams led every lap in the 20-Lap main in dominating fashion. Clayton Brewer, Joe Garafolo, Mike Mullen, and Kyle Demo finished second through fifth.

This Friday, May 13 Sterling Lubricants/Champion Racing Oil present a night of fast, family, affordable fun racing on the ‘D-Shaped Dirt Demon.’ Race time has changed to 7:00 pm starting Friday and for the remainder of the 2022 racing season.

For all the latest news visit www.brewertonspeedway.com powered by My Race Pass and like the speedway social media pages.